The European-German policy toward Iran has definitively failed with Tehran's gradual exit out or the nuclear agreement. But this is still not recognized in Berlin 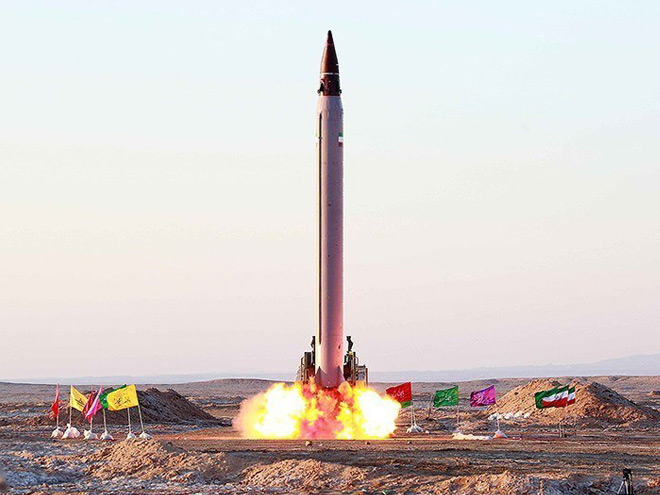 As late as May 7, 2019, France sent a message to Iran’s rulers: “We do not want Tehran to announce tomorrow actions that would violate the nuclear agreement, because in this case we Europeans would be obliged to reimpose sanctions as per the terms of the agreement.”

The admonition was futile. On the following day, exactly one year since the United States withdrew from the nuclear agreement, Iran’s President Hassan Rouhani made two things public: He announced that effective immediately the regime no longer felt bound by the central provisions of the nuclear agreement.

For example, by section 7, which requires the regime to limit its inventory of low-enriched uranium to 300 kg. Also affected is section 10, according to which Iran may not manufacture or store more than 130 tons of heavy water for fifteen years. Iran will not adhere to this provision either, according to Rouhani. Heavy water is used for reactors that are specially adapted for the production of weapons-grade plutonium. These quantitative restrictions on materials needed for nuclear weapons belong to the core of the agreement that Tehran is now avowedly violating.

Nevertheless, the regime is attempting to convey a different impression. “We do not want to leave the agreement,” explained Rouhani. “All the people of the world should know that today is not the end of the JCPOA [Joint Comprehensive Plan of Action]; it is a new step within the framework of the JCPOA.” Iran’s foreign minister Zarif also reaffirmed: “Iran’s future actions will be fully within the [nuclear deal], from which the Islamic Republic will not withdraw.”

Rouhani and Zarif are referring to article 26 of the JCPOA, which stipulates that Iran would treat the reintroduction of American sanctions “as grounds to cease performing its commitments under this JCPOA in whole or in part.”

You cannot break an agreement, however, and intend to stay in it at the same time. Iran’s deceptive discourse has a simple reason: Tehran is afraid that the other states of the JCPOA will adhere to its terms.

These terms provide that a “Joint Commission” convene in the event of an overt breach. This Joint Commission consists of eight members: the five permanent UN Security Council members, the EU, Germany, and Iran. If the majority of this commission comes to the conclusion that Iran has violated the agreement, its members would have to transfer the incident to the UN Security Council.

This, however, could mean a re-imposition of all the sanctions that were in place prior to the nuclear deal by means of a “snap-back” provision that Annex V, Section 18, of the agreement stipulates, “in the event of significant non-performance by Iran of JCPOA commitments.”

At stake are regulations that pertain to Iran alone, reminding us that it was Iranian offenses against the Treaty on the Non-Proliferation of Nuclear Weapons that made the nuclear deal necessary. These regulations are the reason for President Rouhani’s warning that the five permanent members of the Security Council “will face a very decisive measure” by Iran should they dare to bring the case before the Security Council. The Iranian state broadcast station Press TV insinuated that the warning was meant as a threat of Iran’s exit from the Non-Proliferation Treaty.

Tehran Threatens with the Bomb

Rouhani’s second announcement points the way into the future. He gave notice that should the Europeans prove incapable of compensating the ramifications of U.S. sanctions in the banking and oil sectors within 60 days, the regime will once again commence work on the Arak nuclear reactor and on the high enrichment of uranium. Rouhani made clear where this is headed: would a country that renounces nuclear weapons threaten with raw bomb materials and a withdrawal from the nuclear Non-Proliferation Treaty?

This tactic of nuclear extortion is not aimed at Russia or China but rather explicitly at the European Union. This is no coincidence. “We Europeans have constantly advised our Iranian partners in their own well-founded interest to view us as their protective shield,” stated German Foreign Minister Joschka Fischer in 2004 in a speech disseminated by the Government Press and Information Office.

Now Rouhani is seizing upon this offer by giving the E3—Great Britain, France, Germany—an ultimatum: either you protect us from the stepping up of sanctions by the United States or the nuclear deal collapses and we resort to the nuclear option once again, whatever the cost.

It is clear that the Europeans cannot deliver what the regime demands of them. The E3 have done everything in their power to undermine the American sanctions and to rescue the agreement since the exit of the United States out of the JCPOA, even risking open affronts. Thus, in February 2019 the German and French foreign ministers as well as the EU’s high representative ostentatiously boycotted a Warsaw Iran summit, in which the American foreign minister and over 60 nations participated.

But the E3’s efforts were in vain: the European finance and energy sectors dissociated themselves from Iran in order to avoid jeopardizing their business relations with the United States. Recently, U.S. Secretary of State Mike Pompeo also returned the favor for the Warsaw boycott of his colleagues: he cancelled a long-planned visit to Berlin at the last minute due to time constraints but then found the opportunity to visit the British prime minister, who at least was present in Warsaw. A clear signal.

Even before Rohani’s ultimatum, Tehran was repeatedly in violation of the agreement. Some examples:

First, the solemn promise of the JCPOA “that under no circumstances will Iran ever seek, develop, or acquire any nuclear weapons” turned into a bad joke when at a secret location in Tehran earlier this year the collected and meticulously kept studies for the building and testing of nuclear weapons were found.

Second, while the nuclear deal required that inspectors of the IAEA be granted access to military facilities in cases of doubt, Ali Akbar Verlayati, the chief advisor to the revolutionary leader, explained that this demand is “only a dream . . . this would never happen.”

Third, although the agreement required in regard to the Arak reactor that the reactor core “will be made inoperable by filling any openings in the calandria with concrete such that . . . it will not be usable for a future nuclear application,” in August 2017 the head of the Iranian nuclear energy organization, Ali Akbar Salehi, owned up to the fact that the concrete “was cast not in the reactor itself, rather [only] in the external pipes,” in order to allow for the restoration of the nuclear facility within a short period of time.

It is due to this very JCPOA violation that the regime can still threaten with the renewed activation of this Arak reactor. German foreign policy officials, however, do not want to acknowledge this.

Even on May 8, 2019, German Foreign Minister Heiko Maas celebrated the nuclear deal as “a defining moment of diplomacy.” For Germany’s government, this deal is indeed more than just any agreement. The P5+1 talks enhanced Germany’s status: for the first time, Germany was able to shape global policy together with the veto powers of the Security Council.

The Germans wielded considerable influence since Germany was represented twice at the nuclear talks: through the political director of the Ministry of Foreign Affairs, as well as through the former office supervisor for Joschka Fischer, Helga Schmid, who as acting general secretary of the European Foreign Service and representative of the EU took on a leading role in the nuclear talks. How then could anything go wrong?

In addition, there is an ideological aspect: Germany is economically a superpower but militarily a dwarf. As soon as there is a threat of military force, Germany is no longer relevant. However this shortcoming is presented as a moral triumph: changes can only be achieved through dialogue. Little thought is given to what exactly 40 years of dialogue have actually achieved.

For Berlin, the nuclear talks are nevertheless valid in this way as a model—as an example that more can be achieved through patient diplomacy than with military operations and as the prototype of a European path to be distinguished from that of the United States.
To bid farewell to this illusion is evidently difficult for Heiko Maas.

Instead he continues as if nothing has happened. His foreign ministry voiced “great concern” about Tehran’s “announcement” without being able to come to a clear condemnation. It confirmed the continued commitment to supporting the agreement. According to Maas, “that also requires that Iran completely uphold the commitments contained in the JCPOA.”

He is thus clinging to the past and refusing to face the facts, that the course of the German Iran policy has failed and that with the beginning of Iran’s exit from the nuclear deal something fundamentally has changed.

The foreign policy speaker for the Free Democratic Party in the German Bundestag reacted differently than Heiko Maas. MP Bijan Djir-Sarai, a native of Iran, referred to Rouhani’s declaration as “a clear provocation” that “cannot be tolerated by the EU.” Now for the German federal government there is “nothing left to do but to abandon the agreement.”

Bijan Djir-Sarai is correct. Whoever wants to achieve a more comprehensive solution will have to increase the pressure on the regime and will have to thwart Rouhani’s plan to put a wedge between Europe and the United States. France’s warning the day before Rouhani’s decision was quite right: the EU is “obliged to reimpose sanctions as per the terms of the agreement.”