Berlin's split with Washington on Iran long predates Trump - and it speaks to a dangerous naivety in German strategic thinking. 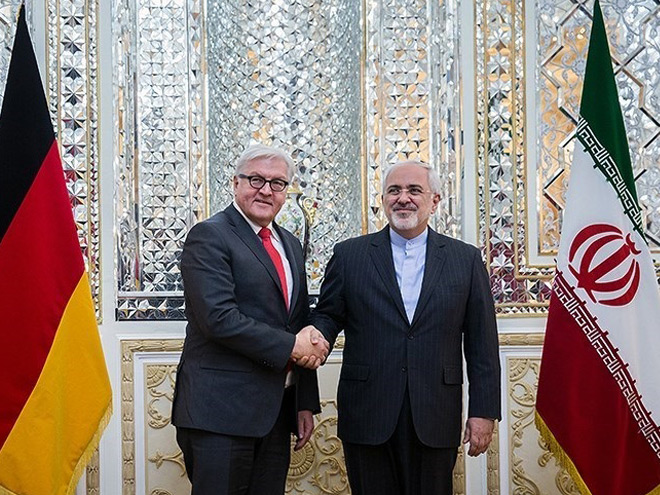 Like most Germans, I am no admirer of the current American president. Donald Trump is wrong about the value of alliances, wrong about the utility of tariffs and trade wars, and wrong in his fondness for “alternative facts”. But on at least one issue, President Trump has gotten it right: namely his decision to take the United States out of the nuclear deal with Iran just over one year ago.

In withdrawing from the so-called Joint Comprehensive Plan of Action (JCPOA), however, Trump has triggered an immense crisis in the Transatlantic relationship. Chancellor Angela Merkel has spoken openly of a “split between the United States and the Europeans on Iran.” How is this split to be explained? And how can it be overcome?

Nuclear blackmail—the threat that, without the deal, Iran would go ahead and build a bomb— shaped the dynamic of negotiations from the start. Iran’s Foreign Minister Javad Zarif proved himself a master of wielding these threats. At the beginning of the negotiations, he warned on the regime-affiliated Press TV: “You only have one way to ensure that the Iranian nuclear program remains peaceful. You must allow the nuclear program to be able to develop in a peaceful international context.”

Intimidated, the P5+1 negotiators – led by Secretary of State John Kerry and an overeager Obama Administration, which seemed desperate to secure a deal – abandoned one position after another. Concerns voiced by the French delegation, that the deal’s provisions were too generous and that the talks were being rushed, were brushed aside.

Finally, negotiators arrived at the current deal, which permits nuclear enrichment and its further development, prevents IAEA inspectors from examining military sites, allows the regime to continue its missile programs, and will expire a mere decade after its signature.

The deal was unpopular with Republicans from the moment it was cobbled together, and Donald Trump didn’t stray from party orthodoxy on the campaign trail. When in office, he proceeded to dismantle it rather than prevaricate. In explaining his decision to ditch the deal, Donald Trump railed against the idea of the United States being blackmailed by a second-rate power. But he also correctly noted that the deal itself had not brought peace to the Middle East, as many of the deal’s boosters had claimed it would. On the contrary, Iranian regional meddling increased, in turn causing a mass exodus from Syria and Iraq—and all this without Iran having to abandon the pursuit of its uranium and rocket programs.

Trump’s decision is not without risk. Given the nature of the Iranian regime, irrational responses and war scenarios can’t be ruled out. Exactly one year, after the United States left the deal, Iranian president Rouhani announced a partial withdrawal, saying Iran would keep excess enriched uranium and heavy water instead of selling it. Continuing the policy of nuclear blackmail, he threatens to resume higher uranium enrichment after 60 days. However, at least for the time being, Tehran seems not to be interested in a massive escalation.

Trump’s alternative approach—to put sufficient economic and political pressure on the Iranian leadership to compel it to sign a new agreement that would stop not only Iran‘s nuclear ambitions but also its missile development program and regional warmongering – may be a long shot, but it is worth trying. Effective sanctions, however, require the cooperation of Iran’s most important trade partners, Germany and the European Union. And that is where the problem starts.

Continue reading the full essay (without pay wall!) at the American Interest website!